My weekend trip to Tauranga was filled with many firsts:

My first official CouchSurfing experience. And no, those months spent floating around as a nomad in Morgantown do not count.

A cash-strapped traveller’s dream come true, CouchSurfing is basically a website where locals offer a place to stay for free. Everyone creates a profile where you can post pictures, reviews, information about yourself, etc. It seems too good to be true (and a bit dodgy I have to admit), so I am trying to find the flaw in the system, but have come up short thus far. Anyway, I decided to use it for the first time since my registration about 6 months ago.

I found a lovely elderly couple based in Omokoroa, about a 20 minute drive outside of Tauranga. Apparently my experience was quite unique, because I had two fellow CouchSurfers join in on the ride and end up staying there as well. Upon arrival, we were greeted with the company of people from Mexico, Germany and the Netherlands. The whole weekend turned into an international CouchSurfing party, with the addition of guests from Malaysia and China. Not sure if all my future CouchSurfing experiences will be able to compete with this introductory crash course, but it was surely something to remember.

My first time catching a fish, while it was still alive.

On our dolphin cruise, we headed out to Mayor Island in search for Flipper’s relatives. We dragged two fishing lines out the back, and every time a tuna bit the line, anyone on board was welcome to pull it in by hand. After everyone went, I figured I would have a go at it and see if I could break my stroke of bad luck when it comes to fishing. Sure enough, I pulled that sucker in on my first try. My reward was a shower of fish blood.

My first time swimming with dolphins. In the wild. We came across a huge pod of about 100 dolphins, and the crew on board started frantically yelling orders about getting our gear together and preparing to be loaded into the water. I had this dream-like fantasy vision of swimming with the dolphins while they gracefully flip over my head and give me high fives with their flippers.

On the contrary, we were dumped out the back of the moving boat, four at a time on each side. The only safety procedures were “whatever you do, don’t let go of the bar!” In the rush of all this chaos, I didn’t really have time to think about what I was getting myself into. Next thing I know, I am hanging on for dear life a mere two feet away from the boat’s propeller. (This, combined with many other experiences in Aotearoa, has led me to adopt the catch phrase “only in New Zealand.”)

After getting my wits about me, I looked around and realized I was pretty much soaring through the water like Superman. There were dolphins swimming everywhere. Screaming gleefully (and probably fearfully) like a child, I looked up and saw I was flying right into a cluster of cloudy brown crap. Later, I found out that it was, in fact, crap. I had dolphin shit in my face. This was also a first. 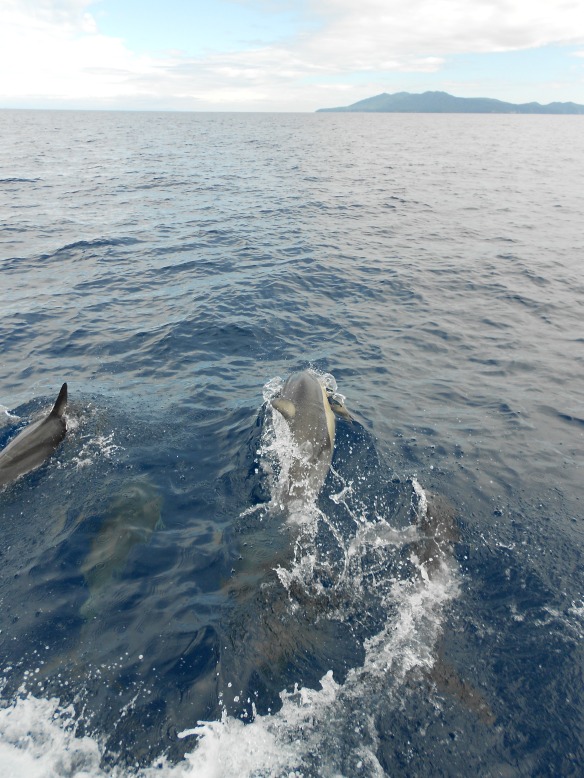 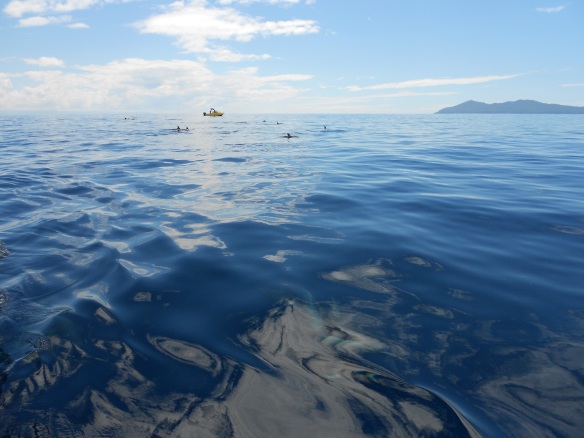 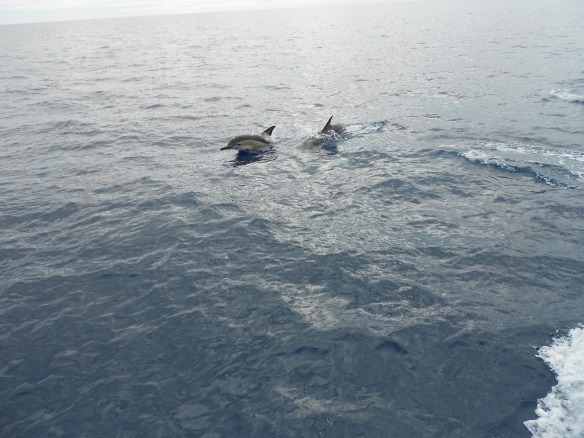 one lucky shot out of about 100

My first time seeing a shark in the ocean. [Insert Jaws theme here.] We saw the fins from a distance, and the captain attempted to take us for a closer look, but the shark swam away before we were able to say hello. Luckily, we saw this after we went swimming with the dolphins, otherwise I’m sure my experience would have been filled with a lot more anxiety and bodily waste.

Not only was this trip filled with firsts, but surprises as well:

Surprise snorkeling! We didn’t know that snorkeling was included in the dolphin cruise. When we got out to Mayor Island, we had the option to put on that ever so flattering snorkel gear and swim into the bay. Definitely not the most beautiful underwater scenery I have ever seen, but it was gorgeous and awesome nonetheless. 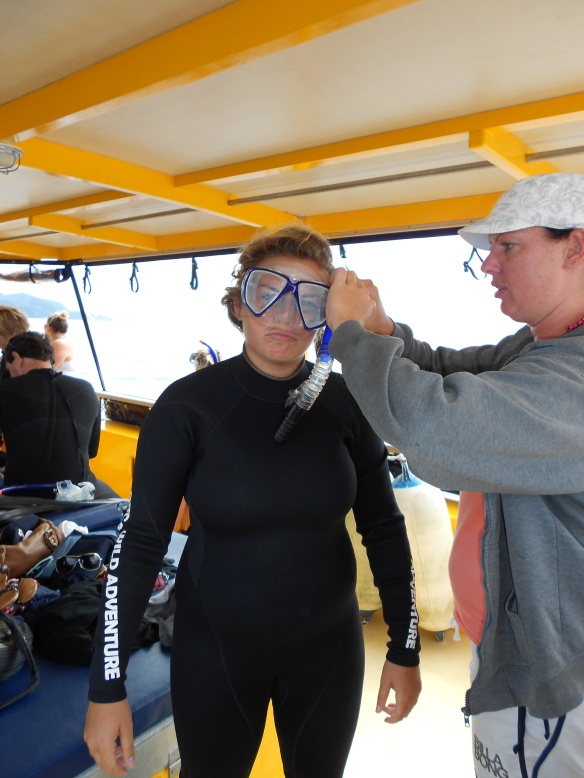 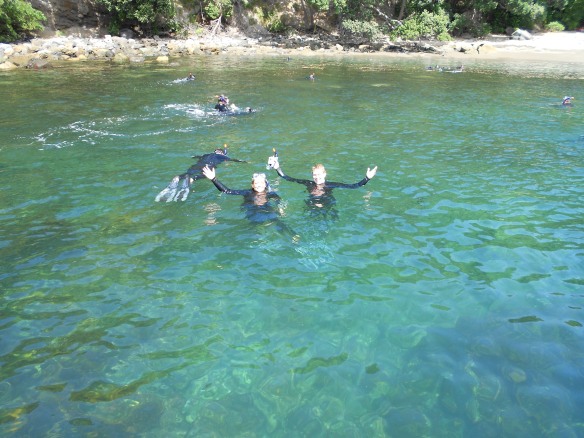 Lifeguard competition and international volleyball competition! After climbing the “World Famous in New Zealand” (anybody else notice the irony here?) Mount Maunganui, we were excited to see that there was a huge lifeguard competition going on. We had an awesome view of the boat and kayaking races. At the end of our descent down the Mount, as it is known to all the locals, we found that there was also an international volleyball competition. We got there just in time to catch front row seats to the women’s championship between Germany and the Netherlands (Germany won), along with great views. It was awesomely unexpected.

Ah yes, Tauranga, our time together was surreal. Incredible Kiwi experiences with the best Kiwi hosts a girl could ask for!

6 thoughts on “dolphin poo in my face”