Alternating between shoving baklava, Turkish tea, and nargile into my mouth, I get to observe the other tourists peruse through the streets in search of that perfect souvenir or meal to make their trip to the Oldtown in Istanbul complete. After my day of sightseeing at the Topkapi (Topkapı) Palace and the Basilica Cistern commenced, I found a perfect place to unwind in an oh-so-Turkish outdoor cafe surrounded and shaded by brightly colored rugs. 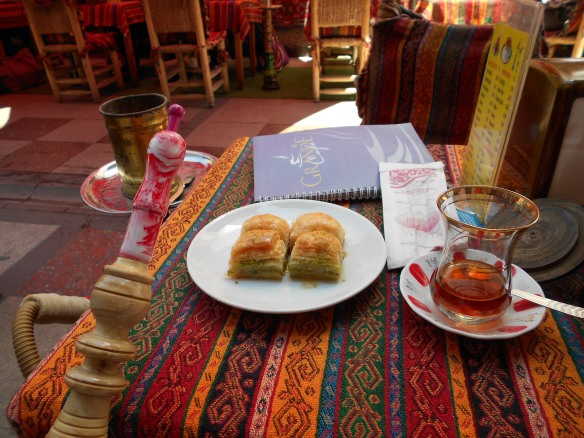 The day started at the Topkapı Palace, which is a huge set of courtyards and royal buildings built under the rule of Sultan Mehmed II in the 1400s. 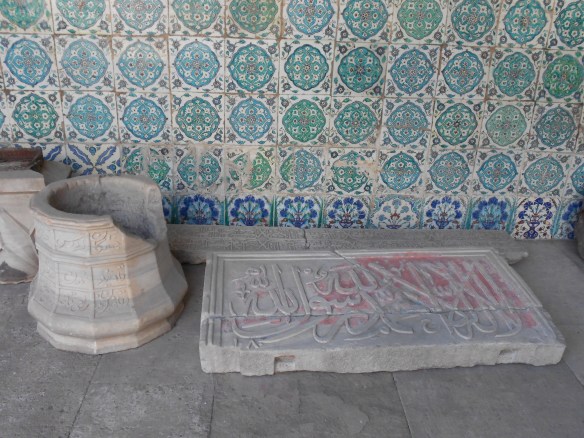 I paid the extra fee (well worth it) to enter the harem, and let me just put it on the record that being a harlot in those days didn’t look half bad. In fact, it was quite luxurious. Clearly the perks of being in that industry have gone downhill since the Ottoman Empire. Despite constantly being scrutinized by the ever-present Sultan’s mother, the girls residing in the harem were free to meander around the many courtyards and rooms whilst studying music and looking beautiful while being catered to by the many slaves. In case you think life couldn’t get any better, pop out one of the sultan’s sons and then you will really be living the good life. 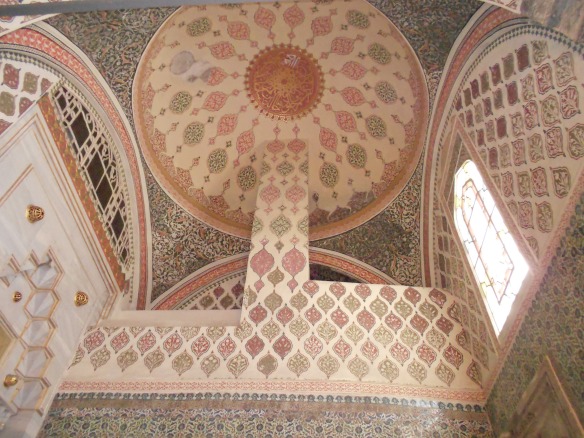 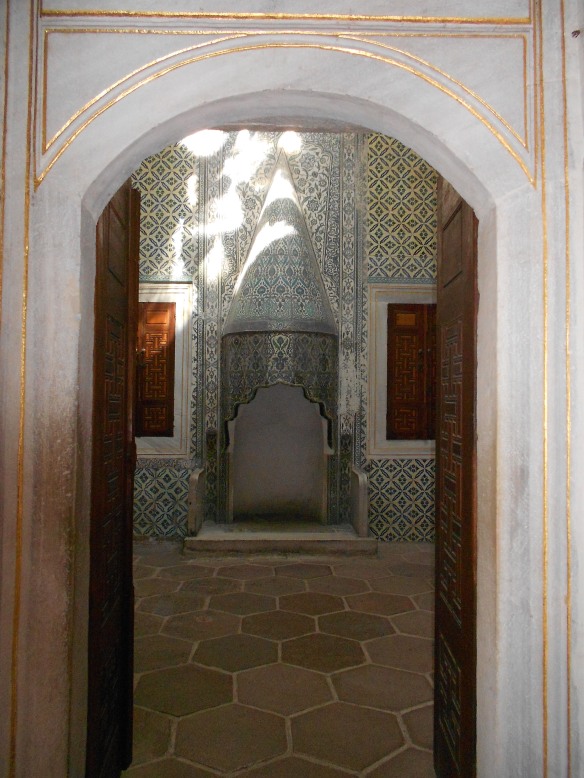 Two things about the Palace stood out to me: the Summer Room and the Treasury. I stumbled across the former when I entered the quaint little room and was awed by the landscape views of the Golden Horn out of its many windows. Decorated with the Ottoman-style tiles and couches, it seemed like the perfect place to come and relax. The ultimate summer hang-out. 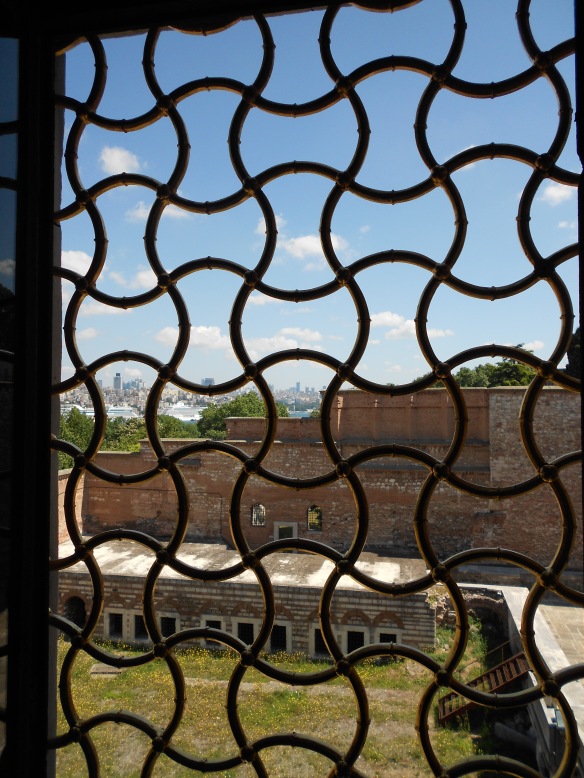 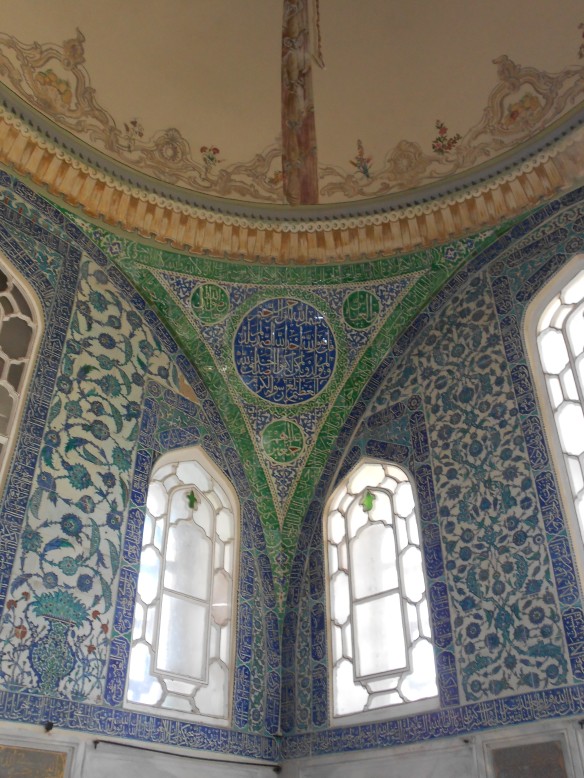 Envisioning myself being fanned and fed grapes in this room, my fantasies were startlingly crushed when I read the information that the Summer Room was actually the place where little boys said good-bye to their grapes. Apparently summer is code for castration. That is a picture in my mind that I just can’t seem to shake. 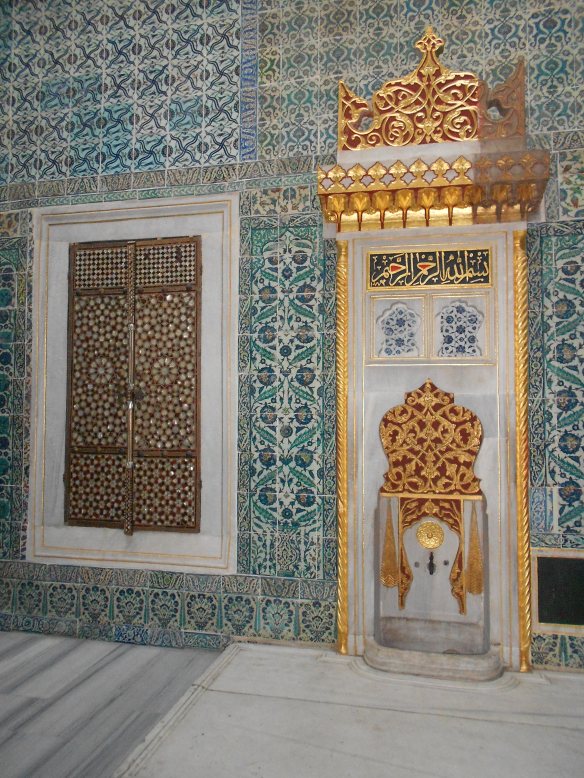 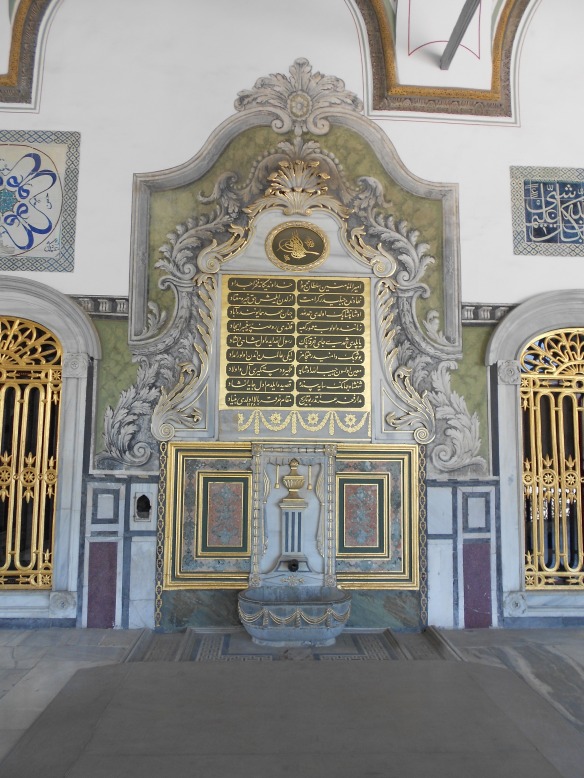 On to the latter, the Treasury, as you may have guessed, is the place where all of the valuable artifacts are kept. I laid my eyes upon opulent jewelry, tiles, chests, benches, swords, shields, helmets (a man has to look good in battle), pots, figurines, candlesticks (some of which were taller than me), and other trinkets decorated with emeralds, rubies, turquoise, and diamonds. Materialism clearly goes back quite a way. Then, I found my future engagement ring. 86 carats of sparkle. Known as the Spoonmaker’s diamond, this is the fourth largest diamond in the world. I swear if one of those sultans came out of the tomb and presented me with this treasure, I would marry him in a heartbeat. 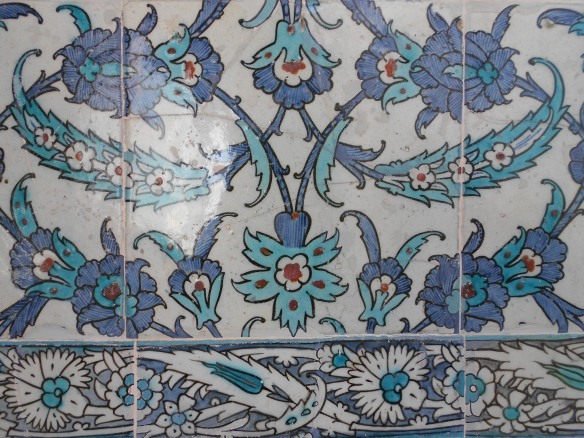 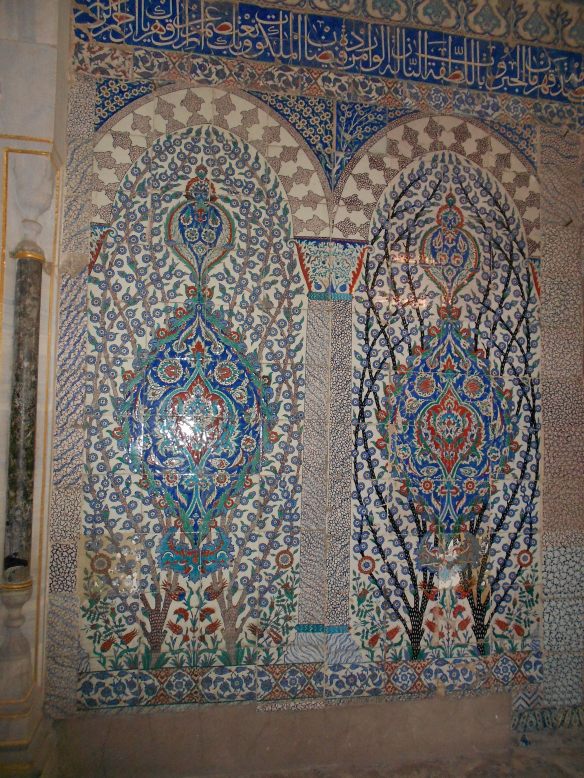 After my fantasies about what my life could have been in the harem with an 86 carat rock on my finger, I went below ground to the Basilica Cistern. This underground water filtration system was used during the Ottoman Empire to provide water for the city. Needless to say, it was a lot less glamorous than the harem and the treasury. I am not exactly sure how these underground water systems work, but, call me crazy, something tells me they are not the most sanitary of systems. Dodging dripping water and seeing creepy-looking fish lurking around in the murky water amidst the maze of pillars, I tried rather unsuccessfully to be grateful for this break from the sun’s rays. 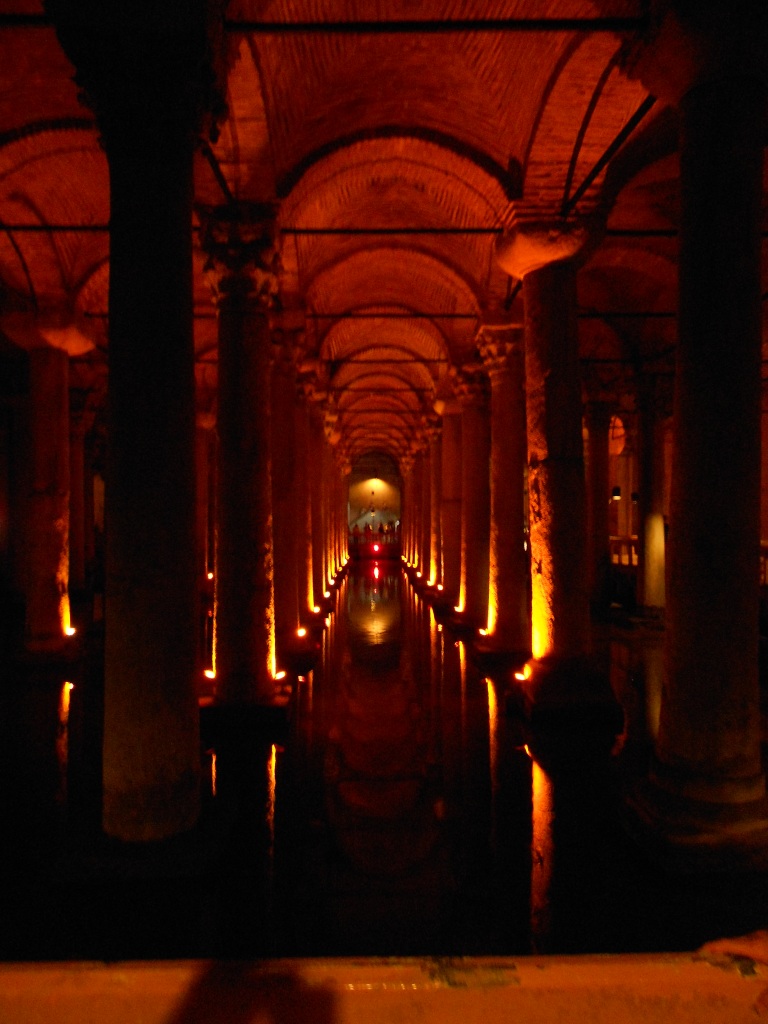 time to invest in a decent camera

Once again rejoining modern civilization, I wandered aimlessly among the streets of Oldtown. In search of a truly Turkish experience, I settled on the cafe with the most shade and the most character. Promptly, I ordered three of my new favorite things: Turkish tea, baklava, and nargile. Pronounced nar-ghee-leh, this is the Turkish word for hookah. I sat and read about the historically rich Sultanahmet area of Istanbul in my travel guide. I then started talking to Omer, one of the men who worked at this cafe. Inquiring about his own personal opinion of his country and city and its origins and his modern daily life, I found myself sitting there for almost two hours. The tea kept flowing and the smoke kept blowing, and I made myself a new friend. I am sure that his interest in talking to me had nothing to do with the fact that I was his customer and even less to do with the fact that I am a young female. Regardless, when my numb butt cheeks told me that it was time to move on, I was happily surprised to see that my check only showed the cost of the nargile. It’s important to not be just another tourist trying to avoid being ripped off. A smile and some conversation can go a long way!

10 thoughts on “harlots and diamonds”